Two competing aesthetic modes come out of the food writing of the interwar period and represent contrasting modernist approaches to cuisine. This sampling of recipes exemplifies these opposed perceptions of food, as mere nutritive medium or as rarified art form, an occasion for extravagance and sensuous enjoyment.

The austerity of the food writing under wartime rationing, determined by scarce ingredients and limited resources, is marked by economical precision. Food rationing in England began in the winter of 1917–18 and, because of continuing shortages in the immediate postwar period, lasted until 1921. The recipes for “Army Broth” and “Hard Times Pie” in Marion Harris Neil’s The Thrift Cook Book (1919), for example, spurn waste and offer dishes reduced to their nutritional essentials. The stripped-down style of such austerity food writing evokes sparsity and frugality, and values economy and nourishment over taste and pleasure. 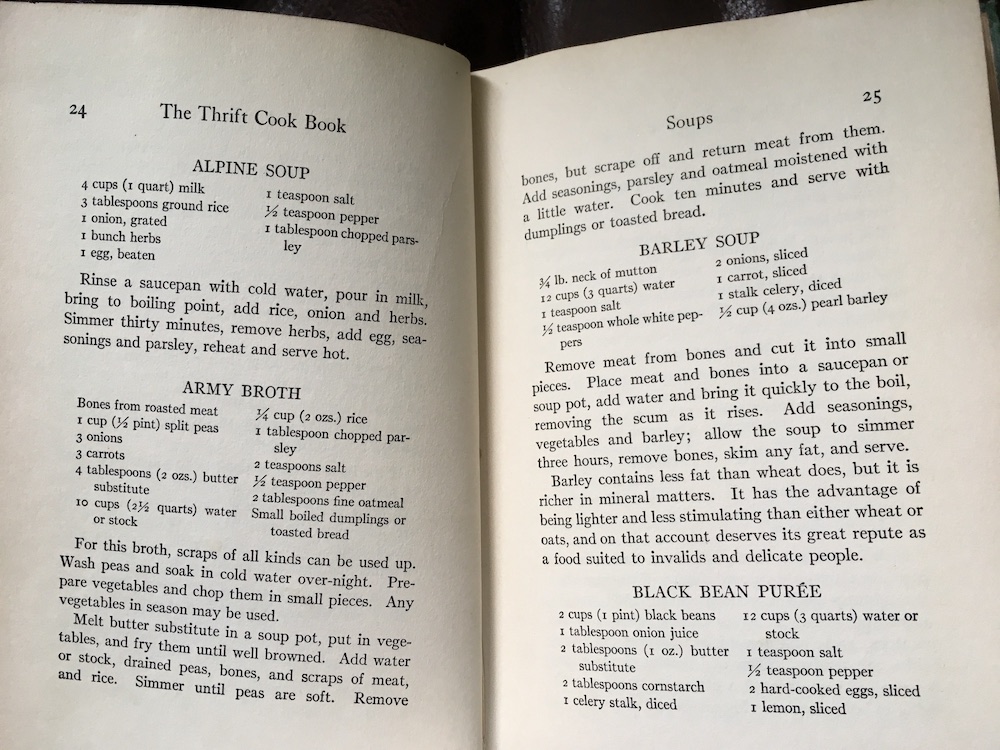 The fashionable food writing of the post-rationing era, by contrast, celebrates the diet of decadence. The sublime descriptions featured in Ambrose Heath’s recipe for beef en daube in Good Food (1932) tip their hat to Virginia Woolf’s “rhapsody” on this “noble dish” in To the Lighthouse, while “Menu 14” of Ruth Lowinsky’s Lovely Food: A Cookery Notebook (1931) delivers a literary and intellectual pleasure akin to the gustatory enjoyment it promises. As intent upon elaborating its “dream party” of guests and the decorative arrangement of its fare as it is upon the method of the food’s preparation, the recipes embrace ambiguity and sacrifice clarity for style. Lowinsky’s whimsical combinations of ingredients and dishes might be better read than tasted. 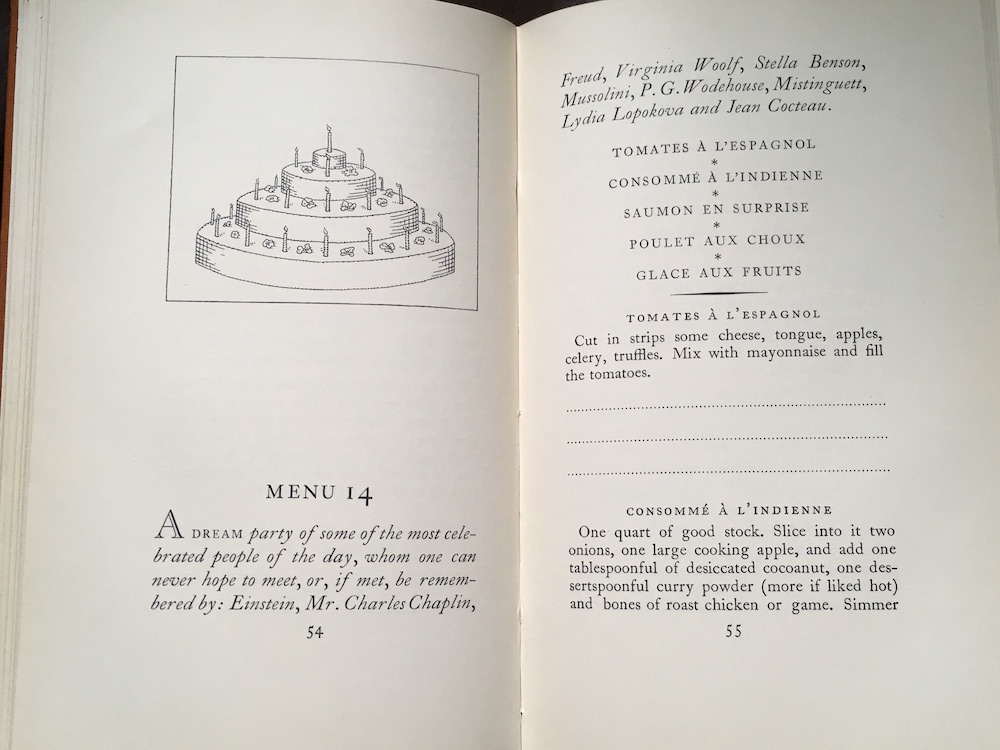 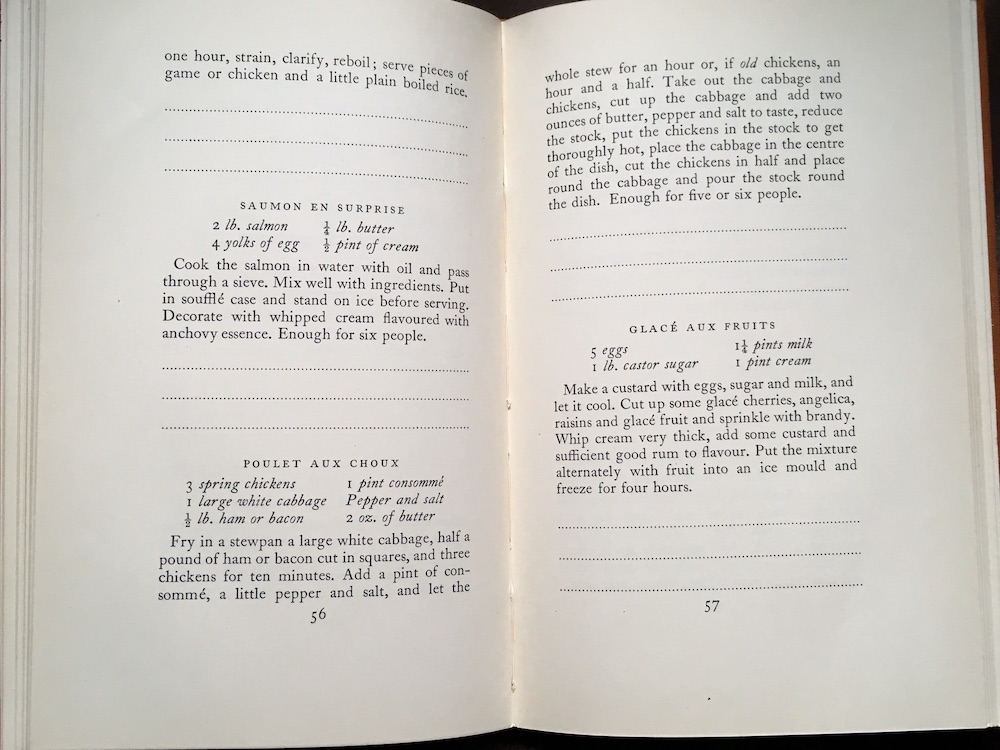 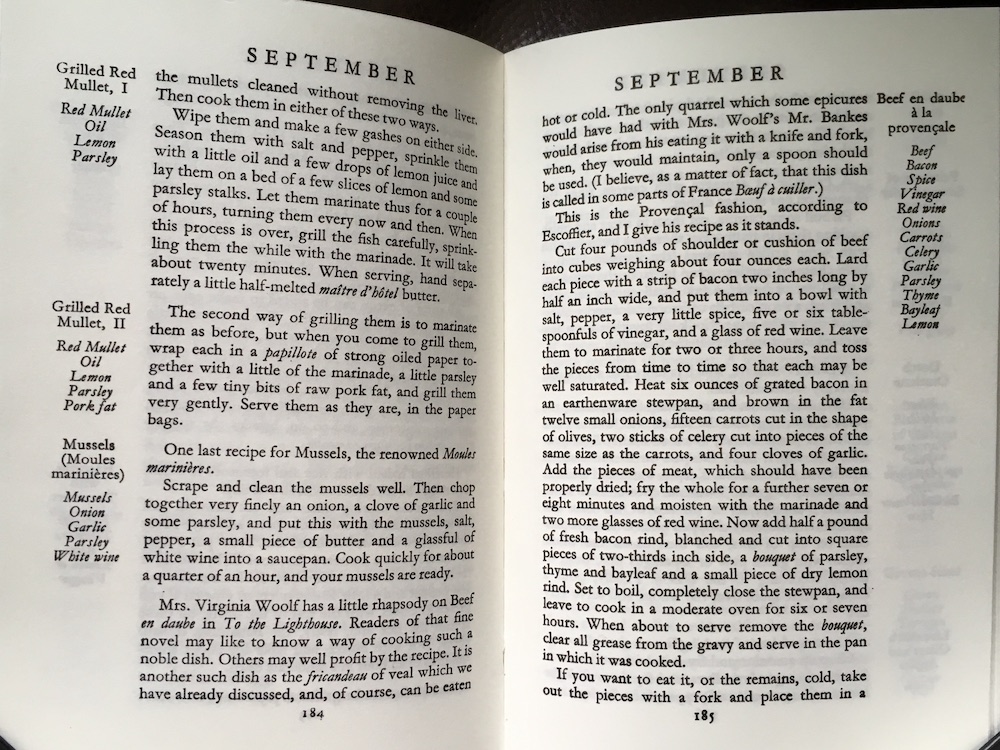 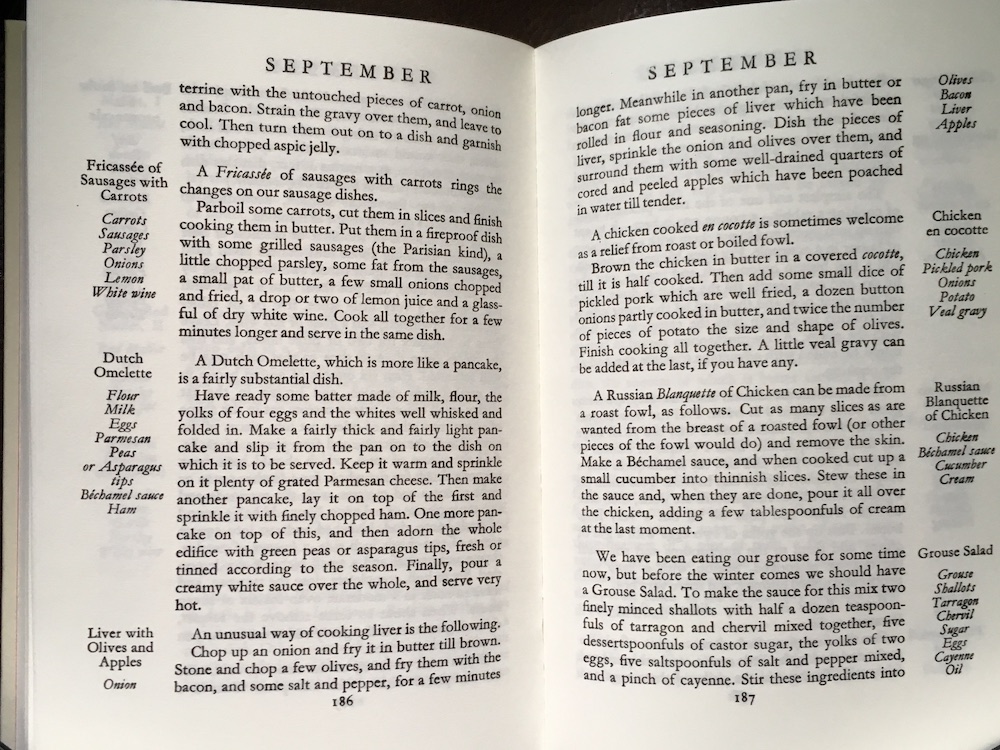 #teachingmodwomen Tweets
This site is part of the MLA network on Humanities Commons. Explore other sites on this network or register to build your own.
Terms of ServicePrivacy PolicyGuidelines for Participation